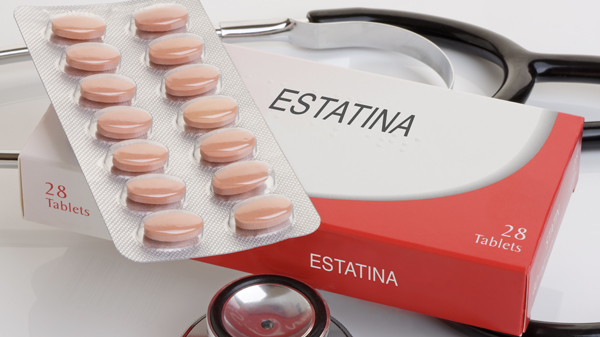 What are statins? What are the statins used for? What effects do they produce?

Discover this and more at Cardiosmile Chile

Statins are a group of drugs used to reduce cholesterol and triglycerides in patients who, for example, have high levels of hypercholesterolemia and who, therefore, have a higher risk of developing atherosclerosis and / or suffer episodes of cardiovascular pathology.

In pharmacology, statins are called “inhibitors of HMG-CoA reductase” and it is precisely this enzyme inhibition that generates a decrease in lipoproteins in the body, which is why statins have been positioned as a drug of great importance to the intervening cardiovascular risk factors whose pathologies are currently the main cause of death in Chile and the world. In fact, 30% of deaths in Chile correspond to ECV.

The finding of statins has marked modern pharmacology. In the beginning, the researchers defined that they should act on HMG-CoA reductase, the enzyme involved in the synthesis of cholesterol. In this way, they began to look for substances that would block the receptor, thus finding the first molecules that were refined until the current statins were achieved.

Citrinin was discovered in 1971 and was cataloged as a potent inhibitor of HMG-CoA reductase. Later, between 1972 and 1973, it was possible to isolate mevastatin (also known as compactin) which was defined as the first statin. However, due to its toxicity, its efficacy to inhibit HGM-CoA reductase was limited.

Then, between 1978 and 1979, the company Merck Research Laboratories developed the lovastatin that was authorized by the FDA for sale to the public in 1987.

Later, they appeared: fluvastatin, which was the first totally synthetic statin, and pravastatin, a fungal metabolite isolated from Nocardia autotrophica cultures. Simvastatin followed, synthesized as a result of a product of the fermentation of Aspergillus terreus, and so all the others, keeping research in this line to these days.

Here is a summary of the statins that have been studied and approved by the FDA in the United States and the AEM in the European Union, in order of appearance:

To date, all statins are orally ingested and are known to decrease their absorption in the presence of food in the stomach. However, the change in cholesterol levels is not affected, which is why it is advisable to take them at any time of day and in most cases with or without food.

The only general recommendation is not to drink grapefruit juice while taking a statin treatment because it causes an interference in the metabolism. This is one of the interactions of the most known statins to date and there are also other medications with which they can interact generating adverse effects (link statins: interaction with food and medication).

Remember that, if you have high cholesterol levels, as well as your triglycerides, you can also consume Cardiosmile.

Cardiosmile is a natural product, with no proven side effects, based on phytosterols, which contributes LDL cholesterol by 12% and triglycerides by 14% *.

Each Canister of Cardiosmile contains 30 sachets (quantity for one month) with 2 g of phytosterols each, the recommended daily portion to help reduce cholesterol and triglycerides effectively.
In addition, it is free gluten, sodium, fat, sugar, calories and lactose so anyone can consume it from 5 years.

The formulation process of Cardiosmile is unique and patented, which allows you to incorporate your daily Cardiosmile sachet to the food you prefer, without altering its taste or smell. You can see results after 28 days and, to keep your cholesterol and triglyceride levels within normal ranges, you must continue to consume Cardiosmile permanently.